June 23, 2020: On June 21st, something rare and magical happened in London. The skies of the great city filled with noctilucent clouds (NLCs). Phil Halper noticed the display, grabbed a camera, and raced from one landmark to another, hurriedly recording pictures like this: 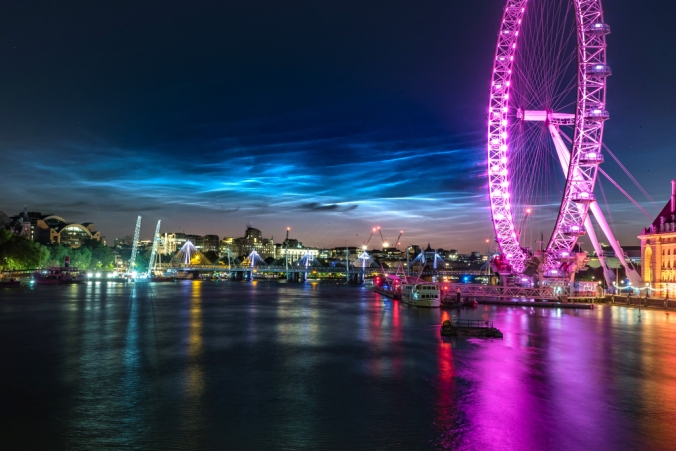 “Even the bright lights of the London Eye on the river Thames couldn’t drown out the display,” says Halper. “These were the most spectacular NLCs I’ve ever seen.”

If NLCs look alien–that’s because they are. The clouds are seeded by meteoroids. They form every year around this time when summertime wisps of water vapor rise up to the mesosphere, allowing water to crystallize around specks of meteor smoke.

Usually you have to be under a dark sky at high latitudes to see these rare clouds–but 2020 is not usual. Record-cold temperatures in the mesosphere are boosting NLCs, brightening them enough to see from places like London. 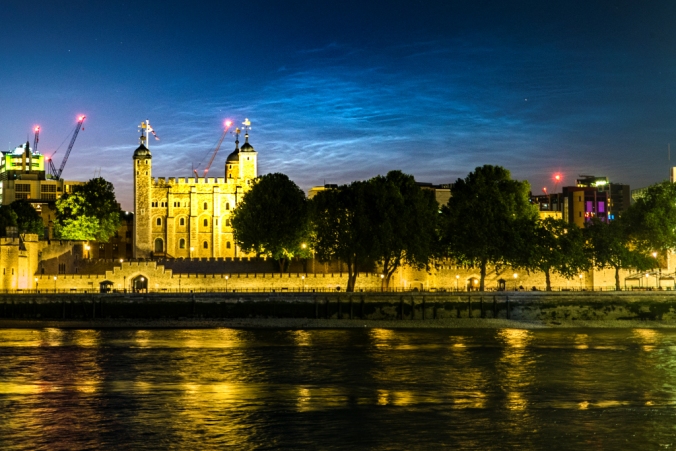 Halpert is a longtime observer of NLCs, and when he saw their electric-blue ripples forming over the city, he immediately realized it was a special occasion. “I hired a bike and cycled from landmark to landmark, stopping at the London Eye, the Tower of London, Blackfriar’s Bridge, St. Paul’s Cathedral and Temple,” he says. “I had to hurry because there is only about one hour of night when the NLCs are visible.’

“Alas, in the rush, I fell off my bike and I ended up in hospital,” he says. “But still it was well worth it. I was thrilled to see this magical display.” (Thank you, Phil!)

The outbreak over London is a sign that even more intense NLCs could be on the way. Last summer, bright noctilucent clouds over European capitals heralded a descent to even lower latitudes. Indeed, just this morning sky watchers in Oregon witnessed their own outbreak. James W. Young sends this picture from Seaside, OR: 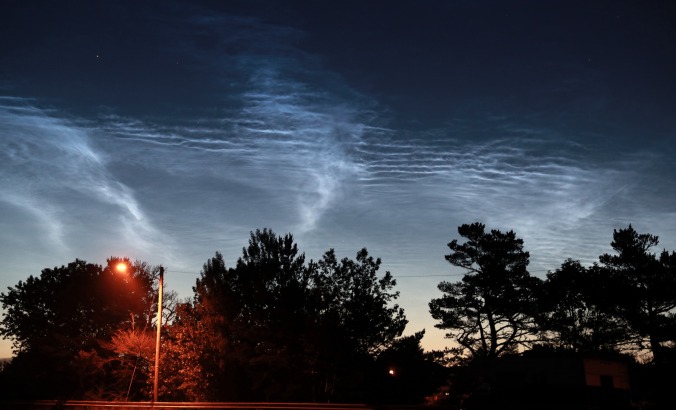 “The NLCs were incredibly intense on the morning of June 23rd,” says Young. “I was able to take this picture using just a 1/4-second exposure (ISO 800).”

Observing tips: The best time to look for noctilucent clouds is during the hours after sunset (or before sunrise) when the sun is at least 6 degrees below the horizon: diagram. If you see electric-blue tendrils spreading across the sky … submit your photos here!